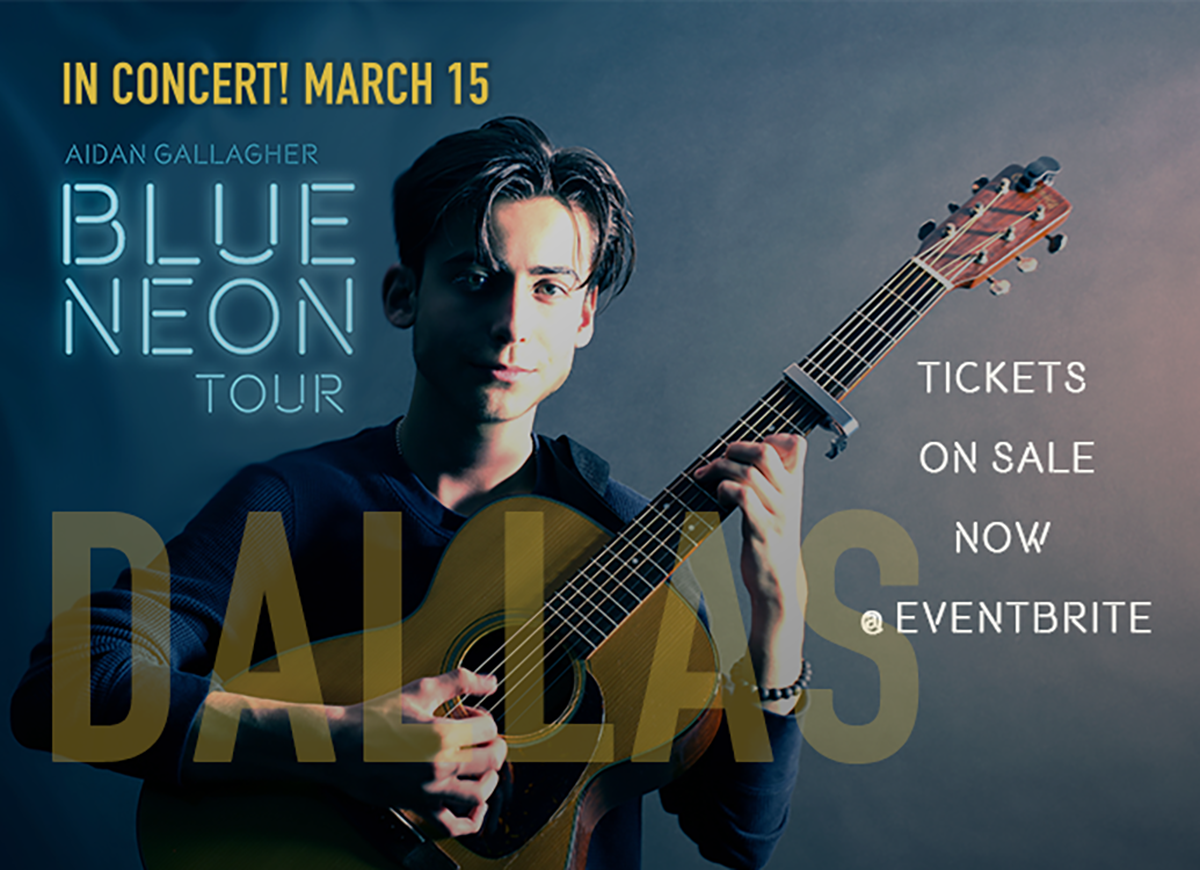 Aidan Gallagher plays piano, guitar, sings, writes and produces his own lyrics and compositions. Dec. 2019 placed him #22 on the Bands in Town Emerging Artists chart. His recent release of the anti-love acoustic self-produced "I LOVE YOU" tugs heartstrings with a maturity far beyond his 16 years. Likened to a young John Mayer or Shawn Mendes, Gallagher is hitting the road in 2020 on his debut tour.

"He's already unleashed a clutch of songs since 2017 that have earned him critical kudos, fans, and a spanking new spot on last month's Bandsintown Emerging Artists chart. But that's no big surprise. In between the lush "For You," the spectral "Blue Neon," and the soaring "Time," Gallagher's got versatile, romantic soundscapes to spare, each bound to win over the hardest of hearts.”

A natural performer, Gallagher stars as the character Number Five in Netflix's popular series "The Umbrella Academy" and as a two-time Kids Choice Award nominee for Favorite Male TV Star. Beyond entertainment, Gallagher is a recognized environmental influencer, making history as the youngest Goodwill Ambassador ever appointed by the United Nations.

Take A Minute To Write – Maybe Even Take A Class