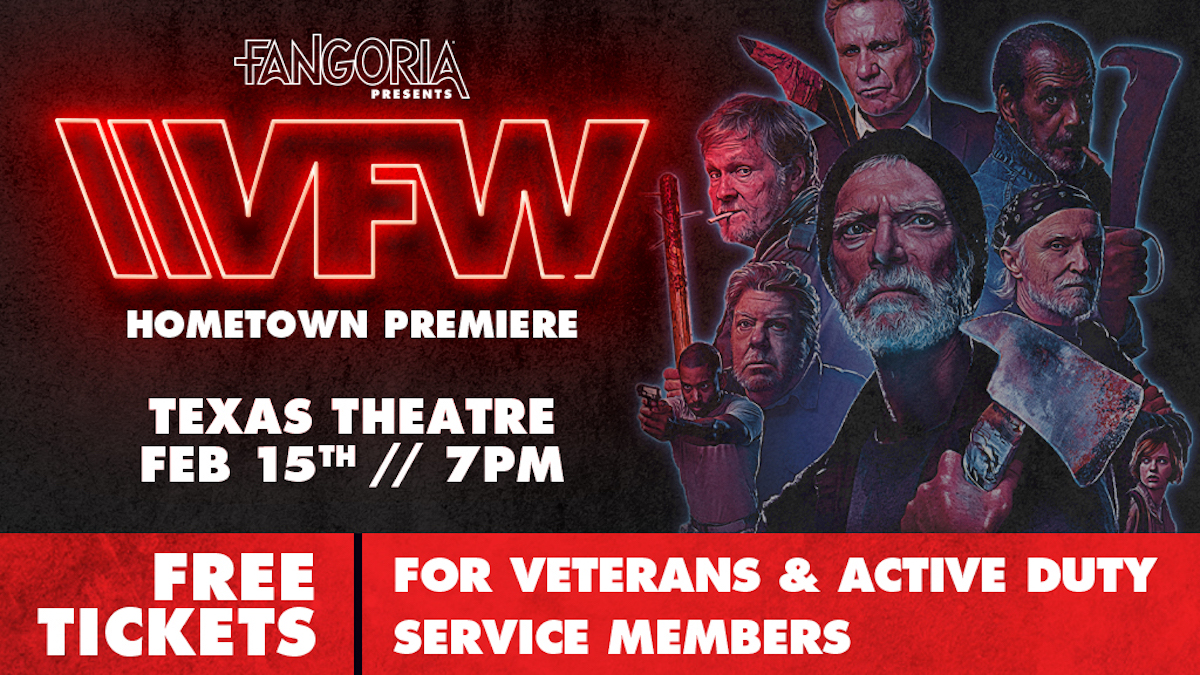 "A group of war veterans must defend their local VFW post and an innocent teen against a deranged drug dealer and his relentless army of punk mutants."
Join FANGORIA for the Hometown Premiere of their latest film: VFW, starring Martin Kove, Stephen Lang, William Sadler, David Patrick Kelly, Fred Williamson, and George Wendt.
The screening will be followed by a live Q&A with producers Dallas Sonnier and Amanda Presmyk. Local cast and crew will also be in attendance in the audience.
**ANY ACTIVE DUTY SERVICE MEMBERS AND VETERANS WILL RECEIVE A COMPLIMENTARY TICKET WITH A VALID MILITARY ID. REDEEM AT BOX OFFICE.**