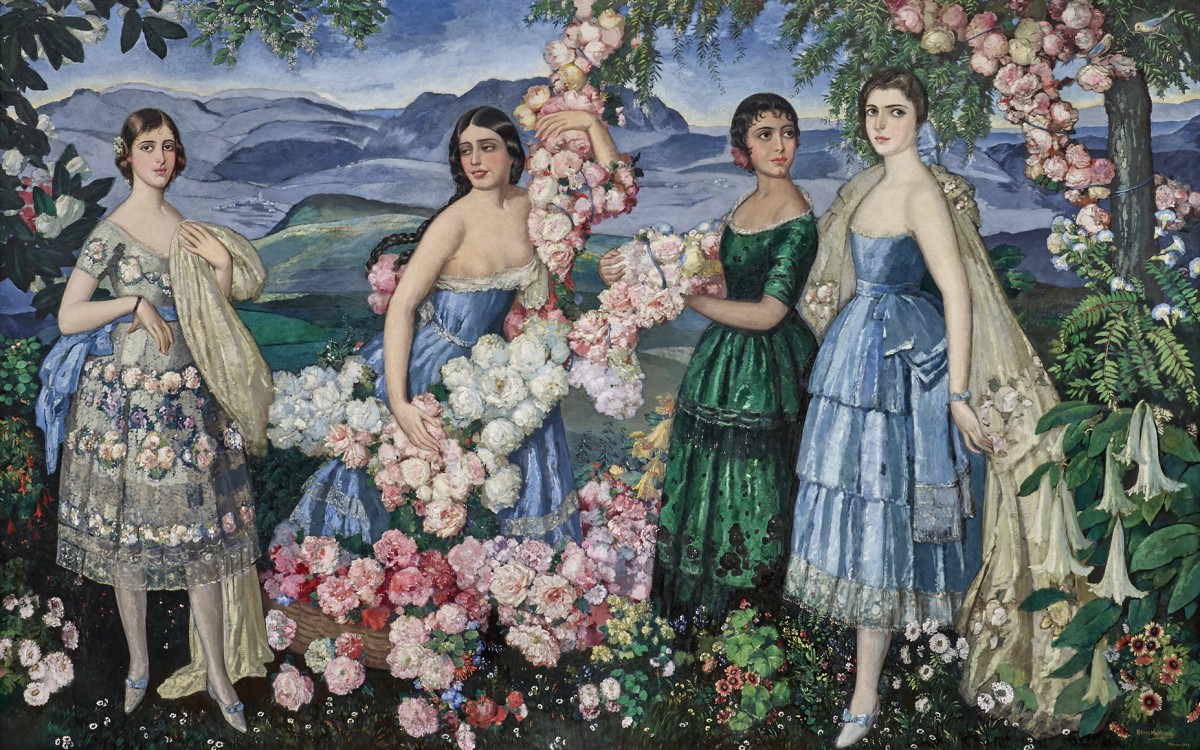 Flores Mexicanas: Women in Modern Mexican Art surveys changing representations of women in paintings, works on paper, and textiles early in 20th-century Mexican art through works by some of Mexico’s most renowned artists. The exhibition is inspired by the loan of the monumental painting Flores Mexicanas by Alfredo Ramos Martínez to the DMA from the Missouri History Museum; the painting is on view for only the second time in nearly a century.

A portion of the show traces the career of Alfredo Ramos Martínez, one of the founders of Mexican modernism. Flores Mexicanas was the last work Martínez completed before his move from Mexico City to Los Angeles in 1929. Recently conserved, the ornate 9-by-12-foot painting was a wedding gift to the famed aviators Anne and Charles Lindbergh, who met in Mexico City, from then-Mexican president Emilio Portes Gil. This is a historic chance to see one of Ramos Martínez’s masterpieces for the first time.

The adjacent gallery presents nearly 40 works that explore themes of gender, politics, and the role of the new modern woman in Mexico, featuring works by María Izquierdo, Frida Kahlo, Diego Rivera, and David Alfaro Siqueiros, among others.