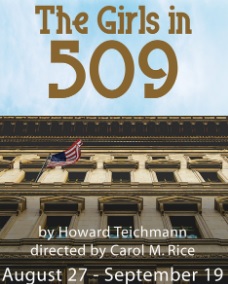 Two wealthy ladies cut themselves off from the outside world in 1932 when “that man” Roosevelt succeeded Hoover. 25 years later, their hotel has been condemned and a swarm of reporters has discovered their hideaway, followed close behind by the leaders of both the Republican and Democratic parties, greedily drawn to their supposed wealth. What changed during the girls’ seclusion, along with all that has ridiculously stayed the same, makes this a comic delight no matter who you vote for!