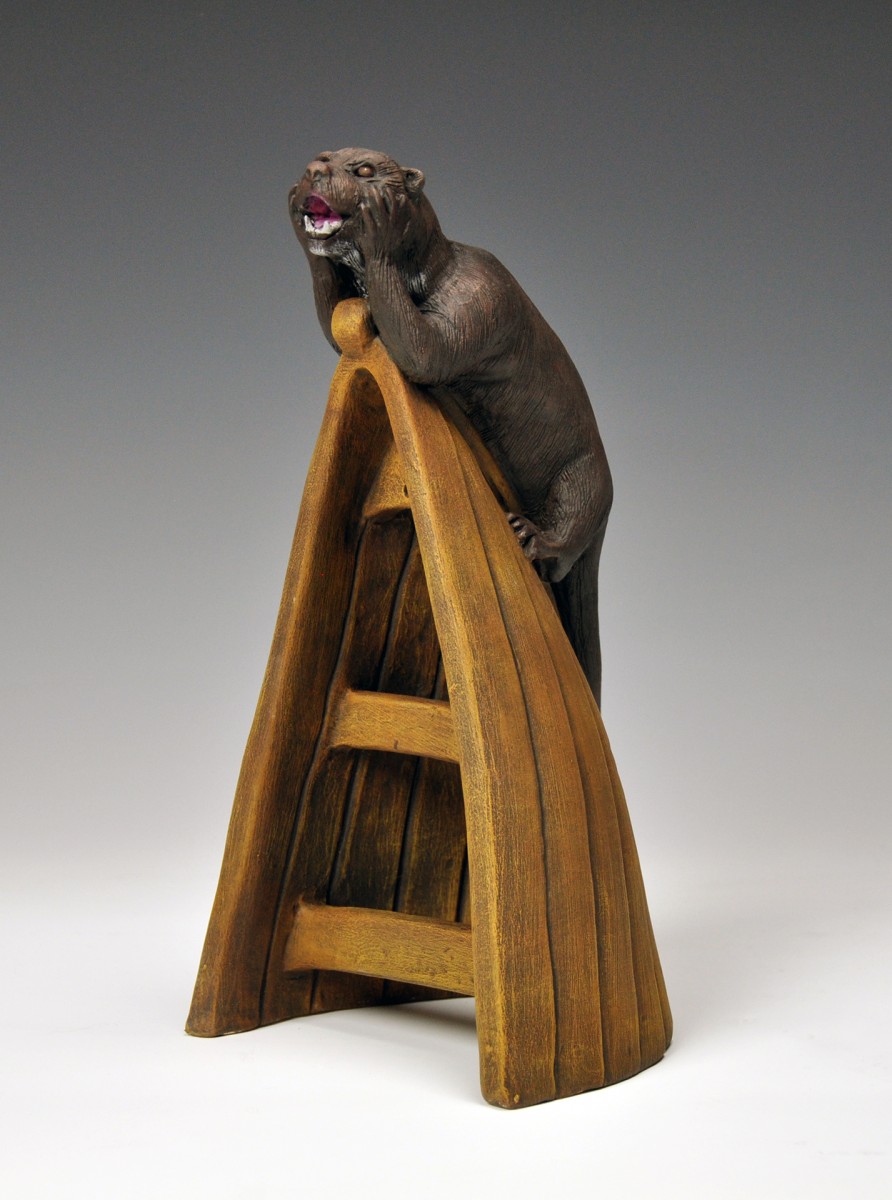 Parker opens her first solo show of the year with a new collection of animal sculptures that focus on the fragile state of threatened species in the Americas due to habitat destruction, degradation, and fragmentation. Some of these disappearing species are under siege right here in Texas. They include the red wolf, Kemp Ridley’s sea turtle and a Jaguar found only in the brushland of San Antonio and Mexico where much of the remaining terrestrial habitat continues to be fragmented by roads and development.

Meet Parker at an opening reception on February 28, 6 – 8 pm, when she will speak on “Prophecy through Metaphor” at 6:30, followed at 7 by, Wall of Extinction, a film by Dr. Michael Adair-Kriz, film and video archivist at Rice University. Dr. Adair-Kriz addresses how “the border wall” is interrupting the migration of many already endangered animals and the lives of indigenous people on the border.

3:00…Wall of Extinction by Michael Adair-Kriz

4:00…Erin Flinchbaugh, BRIT Conservation Program Assistant presents, “Extinction in North America” learning from the past to conserve our future.

5:00… Wall of Extinction by Michael Adair-Kriz

Art&Seek Jr: Keep The Littles Busy With These ‘Sheltering In Place’ Ideas