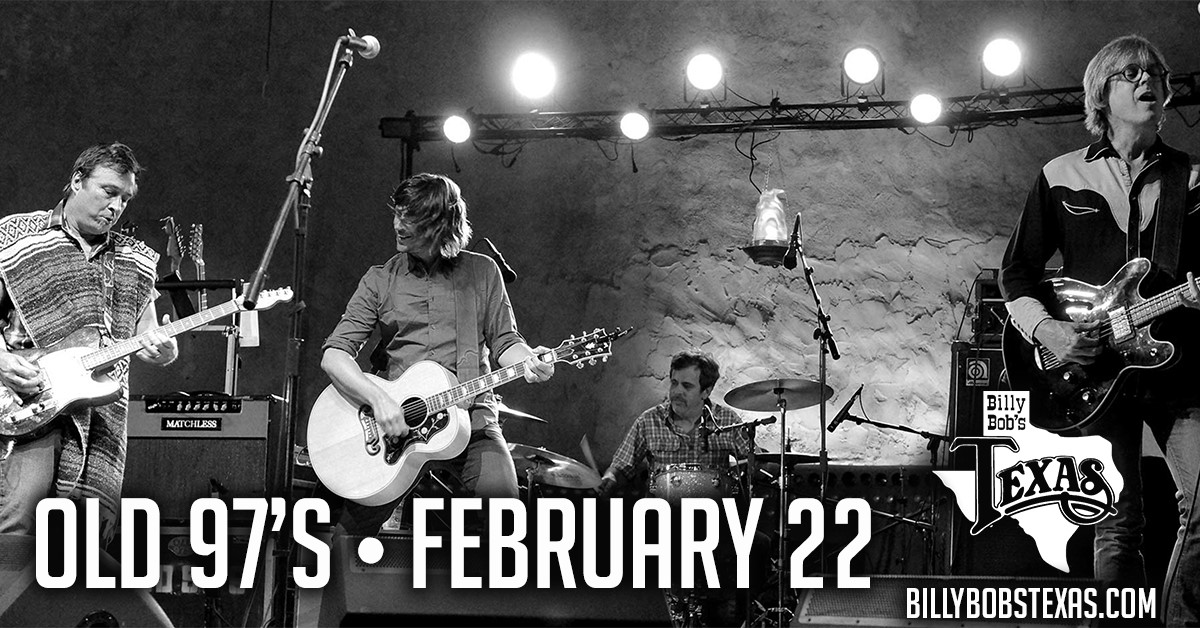 Old 97's head to Billy Bob's Texas in Forth Worth on Saturday, February 22 for a one-of-a-kind show, presented by KXT 91.7. Doors open at 6pm, the house band starts at 8pm on the Honky Tonk Stage, and Old 97's begin at 10:30pm on the Main Stage. For fans of Dwight Yoakam, Steve Earl, Dale Watson and more. Ages 18 an up with a valid ID, or 17 and under with a parent.

While you're there, check out the Honky Tonk Kitchen, Billy Bob’s gift store, and live bull riding!