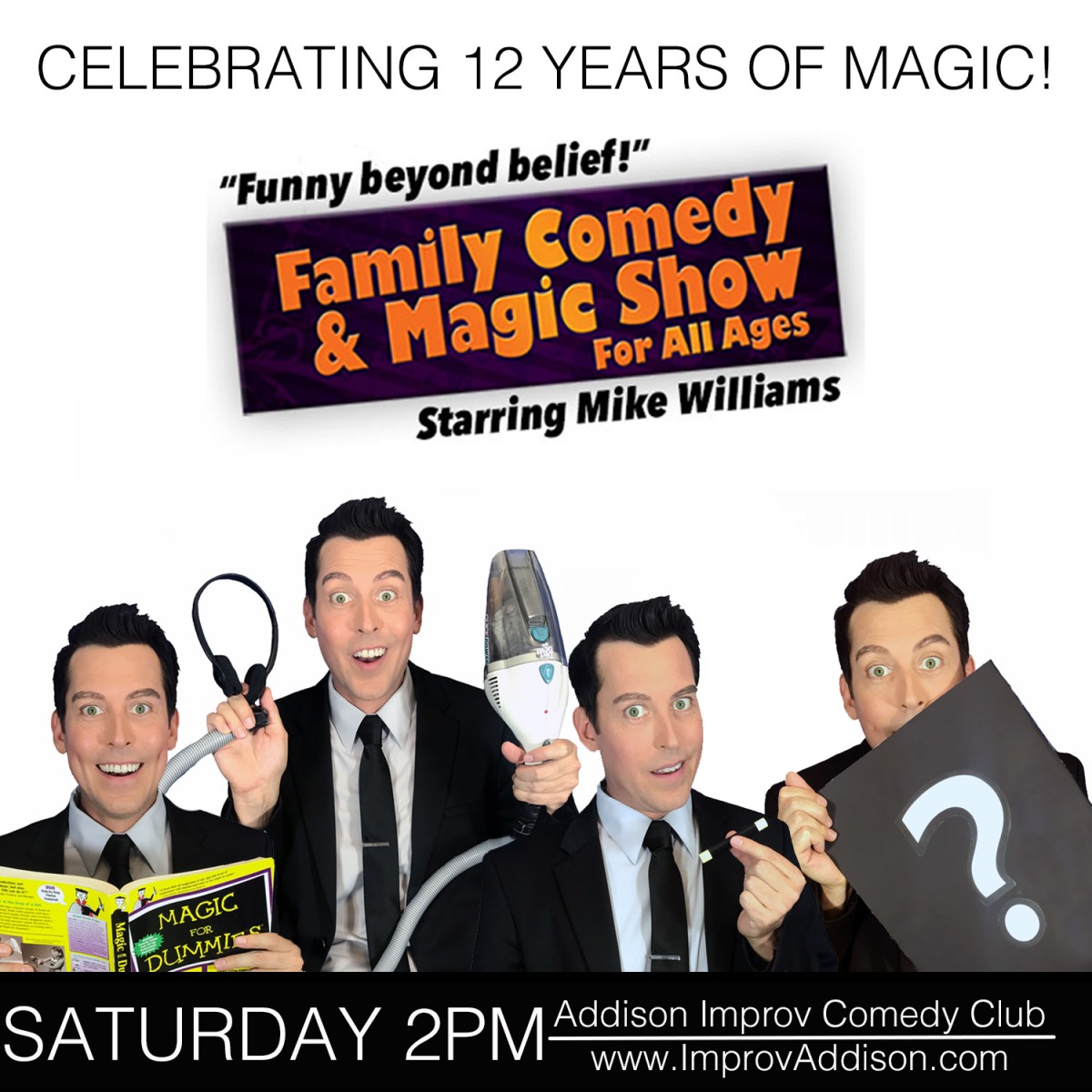 Comedy Magician Mike Williams has performed around the world and is considered one of the funniest and most original magicians working today. This December he's bringing his 80-minute comedy magic show to the Addison Improv on select Saturdays at 2pm. Mike's performances have been called "funny beyond belief" as he combines clean, side-splitting comedy and amazing visual magic with audience interaction like you've never experienced before. As Mike says "This is NOT your ordinary magic show. The majority of my show involves members from the audience and I never know what they're going to do or how they're going to react to the magic and that's what makes it so fun! It's an interactive show designed to have you and your whole family laughing and in awe no matter your age, with a combination of comedy and magic, the fun doesn't stop!”

The Addison Improv is known for having the best acts in the business and they are continuing that tradition as they move into their 12th year of providing family entertainment on weekend afternoons. The world-famous comedy club offers a wonderful food menu for the adults and a special magic themed kids menu for the younger crowd. These shows sell out fast so reserve your tickets early for Saturday, December 28th by calling the box office at (972) 404-8501 or visiting www.improvaddison.com . Ticket prices vary from $10-$20, VIP seating is available, call for details. Doors open at 1pm and show starts at 2pm.