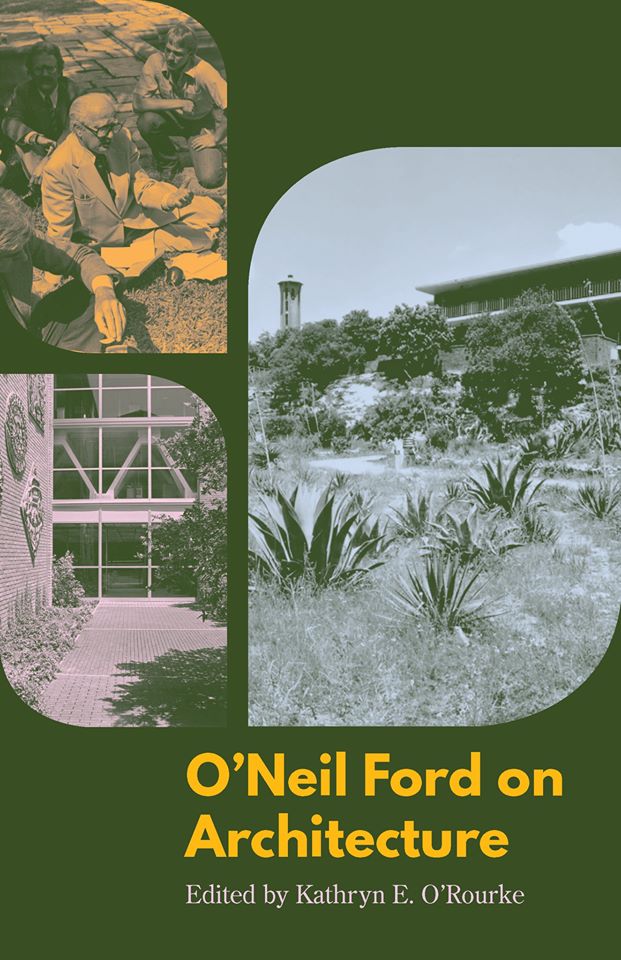 The Dallas Architecture Forum, a non-profit organization dedicated to providing public education about architecture, design and the urban environment, continues its popular Panel Discussion Series on Wednesday, November 13, 2019 with “O’Neil Ford and David Dillon: Their Lasting Impact on North Texas.

“In this second Panel Discussion of our 2019-2020 Season, The Forum will present Dr. Kate Holliday and Dr. Kathryn O’Rourke, the editors of new books on David Dillon and O'Neil Ford,” stated Executive Director Nate Eudaly. “They will discuss the writings of these two architectural stalwarts whose legacies continue to influence Texas. We believe it will be an enjoyable and very enlightening evening.”

Free and Open to the Public
No Reservations Needed, Join Us!

Presented in Collaboration with UTA CAPPA

About The Open-Ended City: David Dillon on Texas Architecture:

David Dillon connected culture, commerce, history, and public life in ways that few critics, columnists and reporters ever get the opportunity to do. Dr. Kate Holliday has edited some of Dillon’s most impactful writings for this new book.  The articles she includes in the Open-Ended City touch on major themes that animated Dillon’s writing: downtown redevelopment, suburban sprawl, arts and culture, historic preservation, and the necessity of aesthetic quality in architecture as a baseline for thriving communities. In 1980, David Dillon launched his career as an architectural critic with a provocative article that asked “Why Is Dallas Architecture So Bad?” Over the next quarter-century, he offered readers of the Dallas Morning News a vision of how good architecture and planning could improve quality of life, combatting the negative effects of urban sprawl, civic fragmentation, and rapacious real estate development typical in Texas cities. The Open-Ended City gathers more than sixty key articles that helped establish Dillon’s national reputation as a witty and acerbic critic, showing readers why architecture matters and how it can enrich their lives.  While the specifics of these articles will resonate with those who care about Dallas, Fort Worth, and other Texas cities, they are also deeply relevant today to all architects, urbanists, and citizens who engage in the public life and planning of cities. As a collection, The Open-Ended City persuasively demonstrates how a discerning critic helped to shape a landmark city by shaping the conversation about its architecture.

Dr. Kathryn (Kate) Holliday is an architectural historian whose research and teaching focuses on the built environment in American cities. She is an associate professor of architecture at the University of Texas at Arlington and founding director of the David Dillon Center for Texas Architecture. A graduate of Williams College and the University of Texas at Austin, her background is in architecture, art history, and environmental studies and she brings this interdisciplinary approach to the classroom and to her writing. She has published numerous articles and essays, focused especially on issues of American modernism, equity, and public space. She has spoken widely on her work around the world from Singapore, Havana, and Zurich  to venues like the 92nd Street Y and the Skyscraper Museum in New York.  In addition to The Open-Ended City: David Dillon on Texas Architecture, a collection of essays by the late architecture Dallas-based critic, she has also written two additional books: Leopold Eidlitz: Architecture and Idealism in the Gilded Age  and Ralph Walker: Architect of the Century, monographs that explore the theory and practice of two influential but little-known New York architects who helped reshape the American profession and its conversations about theory and practice.  Holliday is currently at work on several projects, including “Telephone City,” a history of telephone buildings since the invention of commercial telephone service by Alexander Graham Bell in 1876 and an examination of the postwar boom in architecture in the suburban landscape of Dallas and Fort Worth in the 1960s and 1970s.

About O’Neil Ford on Architecture:

Acclaimed for his designs of the campus of Trinity University, the Little Chapel in the Woods, the Texas Instruments Semi-Conductor Building, and numerous private houses, O’Neil Ford was an important twentieth-century architect and a pioneer of modernism in Texas. In his collaborations with artists, landscape architects, and engineers, Ford created varied and enduringly rich works that embodied and informed international developments in modern architecture. His influence on a generation of Texas architects continues to be felt today.  O’Neil Ford on Architecture brings together Ford’s major professional writings and speeches for the first time. Revealing the intellectual and theoretical underpinnings of his distinctive modernism, they illuminate his fascination with architectural history, his pioneering uses of new technologies and construction systems, his deep concerns about the landscape and environment, and his passionate commitment to education and civil rights. An interlocutor with titans of the twentieth century, including Louis Kahn and J. Robert Oppenheimer, Ford understood architecture as inseparable from the social, political, and scientific developments of his day. An introductory essay by Dr. Kathryn E. O’Rourke provides a critical assessment of Ford’s essays and lectures and repositions him in the history of US architectural modernism. His words constitute an important part of his legacy and, along with his buildings, demonstrate that this Texas modernist deserves to be ranked among the leading mid-century American architects.

Dr. Kathryn O’Rourke is an associate professor of art history at Trinity University in San Antonio, where she teaches courses on architectural history and Latin American art. She received her B.A. from Wellesley College and Ph.D. from the University of Pennsylvania. Dr. O’Rourke is the author of Modern Architecture in Mexico City: History, Representation, and the Shaping of a Capital. She is the editor of O’Neil Ford on Architecture and is at work on her third book project, Archaism and Humanism in Modern Architecture.  She has also published essays on Mexican architectural rationalism and public health care reform, Ludwig Mies van der Rohe’s work in Latin America, the art of Diego Rivera, and landscape architecture in Mexico City.  In addition to her teaching and research, Dr. O’Rourke is vice-chair of the State Board of Review of the Texas Historical Commission and secretary of the Society of Architectural Historians. She serves on the Visiting Committee on Latin American Art at the San Antonio Museum of Art and chairs Design|Forum San Antonio, which she helped to found. At Trinity, Dr. O’Rourke teaches courses on the art and architecture of Latin America and on modern architecture. She also teaches in the Urban Studies program and is affiliated with Trinity’s Mexico-Americas-Spain (MAS) Program. Prior to joining the faculty at Trinity she taught architectural history at Swarthmore College.