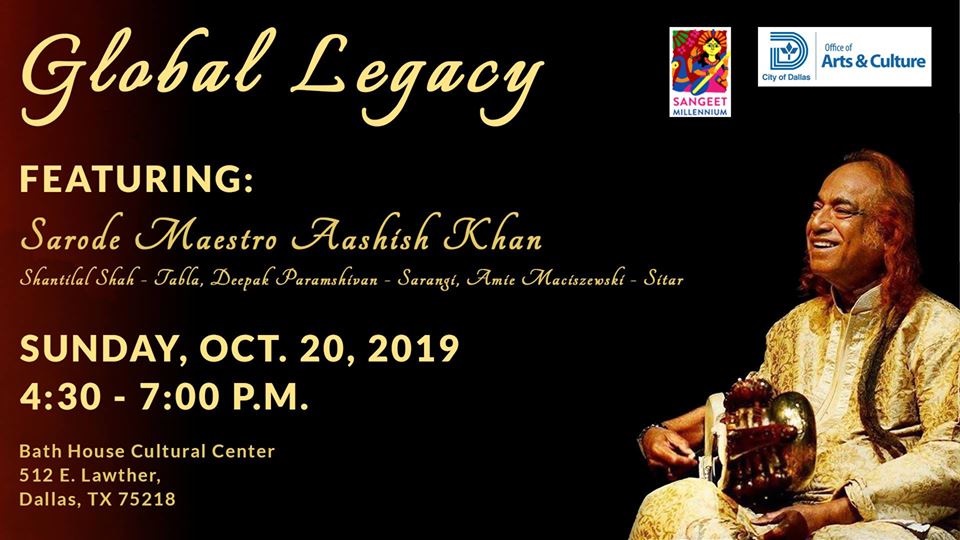 Sangeet Millennium presents Global Legacy – a concert of Hindustani classical music featuring Grammy-nominated sarode maestro, Ustad Aashish Khan, to celebrate his eightieth birthday and honor him for his pioneering contributions to Indian and world music globally for the past half-century. Mr. Khan will be accompanied on tabla by Shantilal Shah. Mr. Khan’s disciples, Amie Maciszewski and Deepak Paramashivan, open with a sitar-sarangi duet.

A meet-and-greet mini-reception including a signing of Mr. Khan’s book of his musical compositions, Sangeet, will follow the concert in the Bath House Cultural Center lobby. Sangeet Millennium/Maciszewski, now in their third year of being supported by the City of Dallas Office of Cultural Affairs, successfully presented a similar event celebrating Mr. Khan’s seventieth birthday in 2008 in Austin, supported in part by the City of Austin Cultural Contracts.