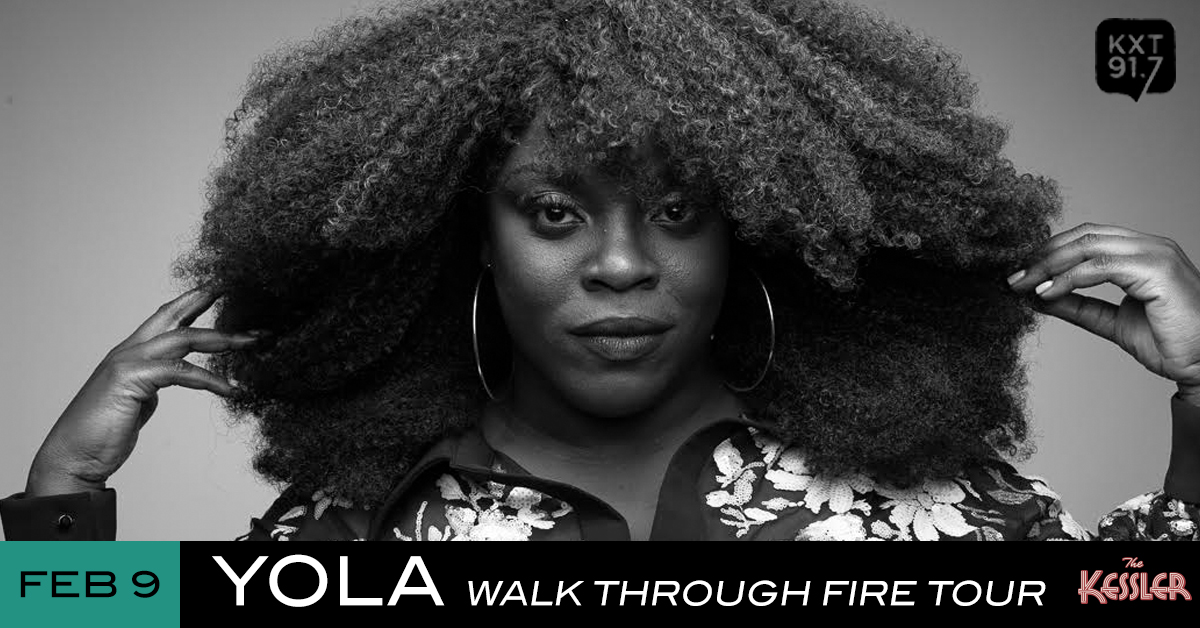 Yola heads to The Kessler Theater on Sunday, February 9, 2020, presented by KXT. Bar doors open at 6pm, theater doors open at 7pm and show starts at 8pm. This event is for all ages.

Yola released her critically acclaimed debut album Walk Through Fire earlier this year. Produced by Dan Auerbach (of The Black Keys) is a contemporary twist on a traditional sonic tapestry of orchestral strings, fiddle, steel, and shimmering tremolo guitars. The album was written and recorded at Auerbach’s Nashville studio, Easy Eye Sound, with contributions from songwriting legends who between them have written songs for artists from Glen Campbell to Aretha Franklin. Musicians who performed on the record included bassist Dave Roe (Johnny Cash) as well as drummer Gene Chrisman and pianist Bobby Wood, who played on hits by Dusty Springfield and Elvis Presley; guest performers included country music icon Vince Gill.

Dan Auerbach said, “The moment I met Yola I was impressed. Her spirit fills the room, just like her voice...she has the ability to sing in a full roar or barely a whisper and that is a true gift. She made everyone in the studio an instant believer.”

Hailing from a small town outside Bristol in the UK, Yola grew up in poverty with an unsupportive parent who “banned” her from making music. She later experienced homelessness, living on the streets of London, and also struggled with stress-induced voice loss. Yola overcame these challenges to launch a successful career in writing and performing on pop hits and briefly joined British band Massive Attack before launching her solo career, becoming a breakout star in the USA. Since the release of her debut album, she has made her US TV debut on CBS Saturday Morning Session and shared a stage with artists including The Highwomen, Mavis Staples, and Dolly Parton at Newport Folk Festival. Yola is a guest on the new The Highwomen album, performing on the “Freedom Rider” verse on the album’s title track (listen HERE).